Macena Barton was an American painter and a member of the Chicago Modern movement. Her work is marked by the influence of a number of movements popularized by her contemporaries, as well the slightly earlier Social Realist style. Barton was best known for her richly colored portraits and Surrealist paintings, which often featured elements inspired by fantasy and science fiction. For her work, Barton earned the 1927 August Peabody Award from the University of Chicago, as well as numerous first place prizes from the Chicago Galleries Association. In addition to her work in the arts, Barton was an outspoken feminist. Posthumously, a collection of her papers has been acquired for preservation by the Smithsonian Institution.

During her lifetime, Barton exhibited frequently in Chicago, Illinois and the surrounding area. She exhibited in solo exhibitions at Knoedler Galleries and Findley Galleries, as well as at the Art Institute of Chicago. 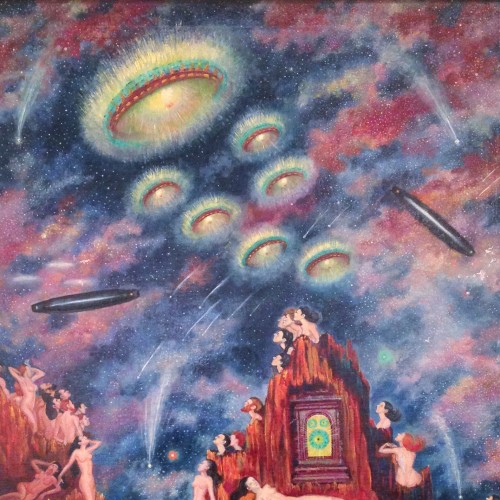 The Storm Portrait of Francis Badger