Julia Thecla Connell was born in the rural town of Delavan, Illinois. She exhibited an early aptitude for art and began her art education as soon as she was old enough to pay for classes, studying at Illinois State University, Normal, for a summer. In 1920 she moved to Chicago, taking classes at the School of the Art Institute of Chicago (SAIC), supporting herself and her studies through art and antique restoration work. Around that time, she dropped the Irish surname Connell and assumed the name Thecla, fashioning a new identity for herself as an artist. As her work developed, Thecla’s focus shifted away from more traditional, strictly representational work towards imagery inspired by surrealism and her imagination. She often incorporated images of floating or flying, as if floating to another world. Her work is often characterized by its enigmatic, whimsical, and dreamlike qualities.

During her lifetime, Thecla exhibited at the Art Institute of Chicago, the Museum of Modern Art in New York, and Peggy Guggenheim’s Art of This Century gallery in New York. Following her death, a solo exhibition of her work was presented at the Illinois State Museum in Springfield, Illinois. Works by Thecla are included in the collections of numerous public institutions in including the DePaul Art Museum, the Art Institute of Chicago and the Weisman Art Museum in Minneapolis, Minnesota. 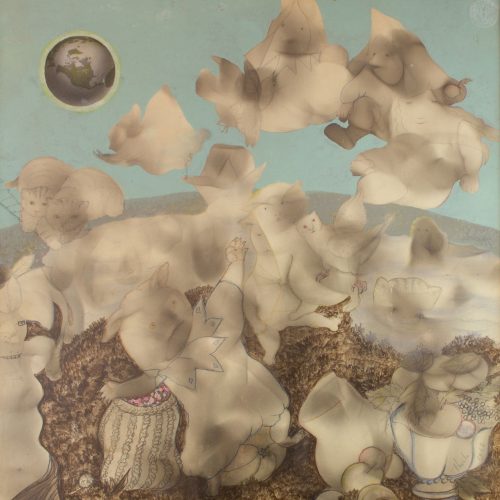 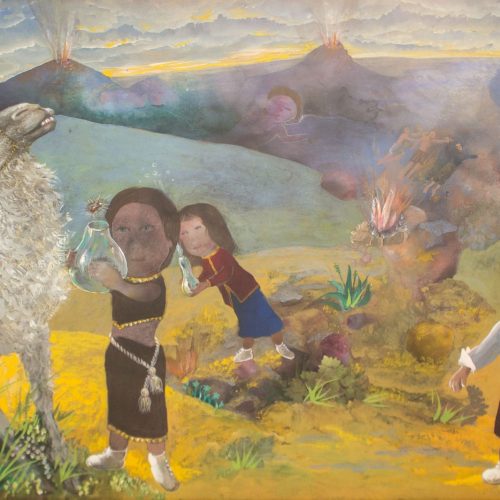