Eanger Irving Couse was an American painter and illustrator known primarily for his genre works depicting the descendants of the Pueblo peoples. However, Couse was less interested in the historical or ethnographical accuracy of his works, using his frequent subjects as opportunities to express the humanity and nobility of the native peoples of North America. The French academic style Costigan worked in can be attributed to his time spent studying at the Academine Julien and the École des Beaux-Arts of Paris, which was hugely influential to his artistic development. Due in large part to this and to the sentiment with which he worked, Couse’s depictions of the American West were instrumental in changing the public’s perception of the area and its Native peoples.

During his lifetime Couse’s paintings received tremendous national exposure and made Taos, one of his favorite settings for his work, a major tourist destination. His works are represented within the collections of the Gilcrease Institute of Art, the Museum of New Mexico, The Metropolitan Museum of Art and the Smithsonian American Art Museum. 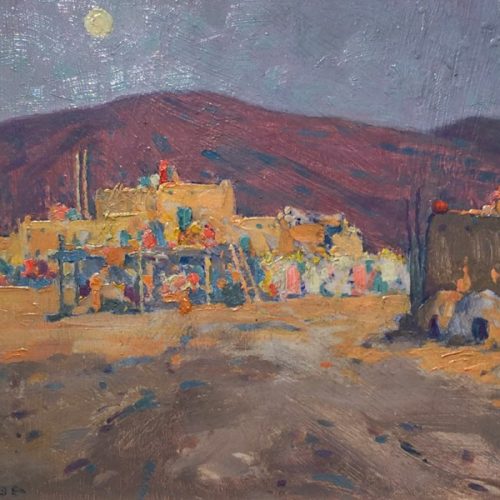