Charles Marion Russell was an American painter, sculptor, illustrator, and author. During his lifetime he produced almost 4,000 works depicting subject matter related to the American West. Russell spent the majority of his life living in Montana, where he spent a number of years working as a cowboy, and lived, for some time, with members of the Kainai Nation. During this period he carried watercolors in his bedroll painting whenever the opportunity presented itself. Although he had received little to no formal training, Russell became a skilled draftsman and with the help of his wife Nancy Cooper was able to garner success and recognition both domestically and abroad.

In recent years, there has been a revival of interest in Russell’s work following a number of auction successes. Russell’s work is included in a number of public and private collections including the Amon Carter Museum of American Art, the Sid Richardson Museum and the Metropolitan Museum of Art. 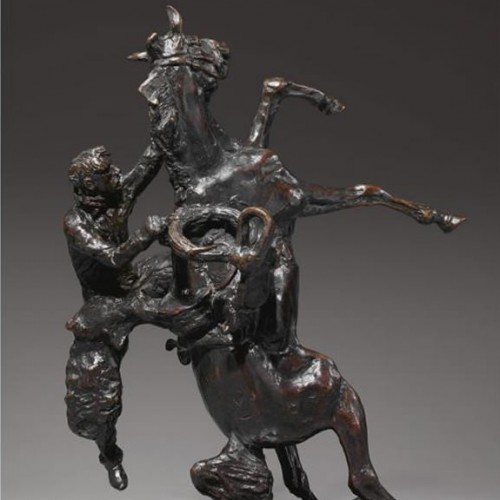 Where the Best of Riders Quit 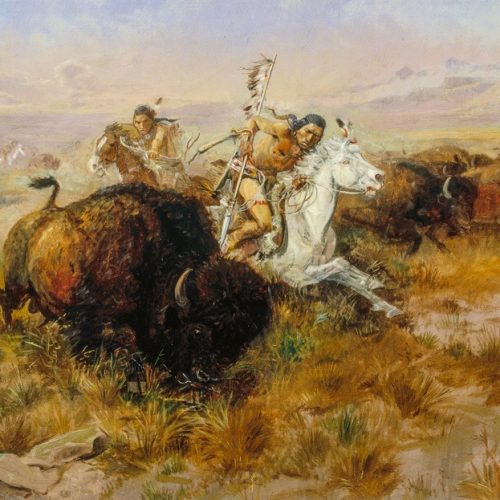 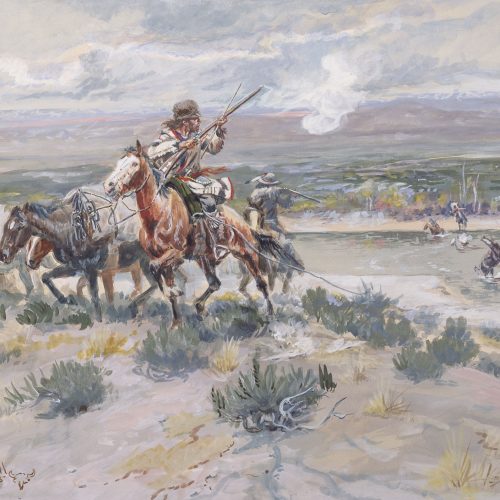 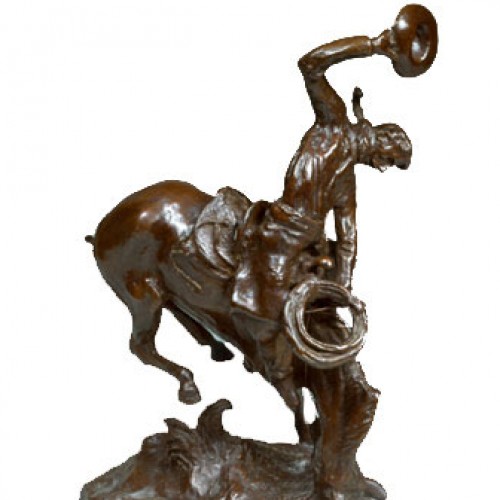 The Bucker and the Buckaroo 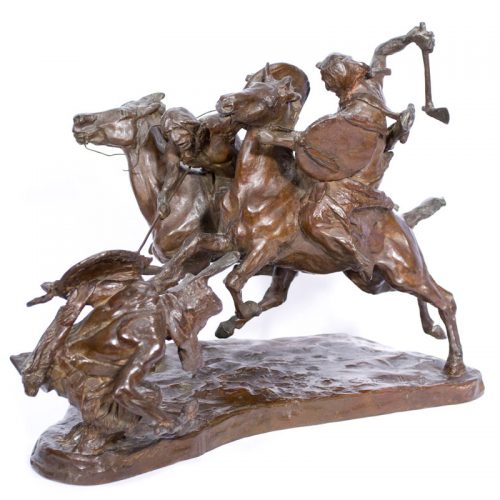