Frank Tenney Johnson was an American painter and illustrator who was known for his depictions of the American West. During the early part of his career Johnson worked primarily as an illustrator, contributing to Cosmopolitan and Harpers Weekly. During this period he maintained a studio in New York and made numerous trips to the Southwest. As his painting career gained more traction, Johnson shifted his focus way from Illustration and relocated first to a ranch in Colorado, and then to southern California where he was granted unfettered access to the American West. His genre painting style was inspired particularly by the work of Maxfield Parish, whose paintings Johnson studied rigorously. The works that he is best remembered for are likely his night scenes, which contain a breathtaking luminosity. To create these works, Johnson had to develop his own method of painting, which, along with brushes, utilized knives as well as his own fingers to apply paint to the canvas.

During his lifetime Johnson exhibited nationally, and while he may not have been as prolific as some of his contemporaries, he achieved a level of success comparable to Charles Russell and Frederic Remington. Unfortunately, his life was cut short at the zenith of his career by spinal meningitis. Posthumously, Johnson’s work has been acquired by private collections nationally. 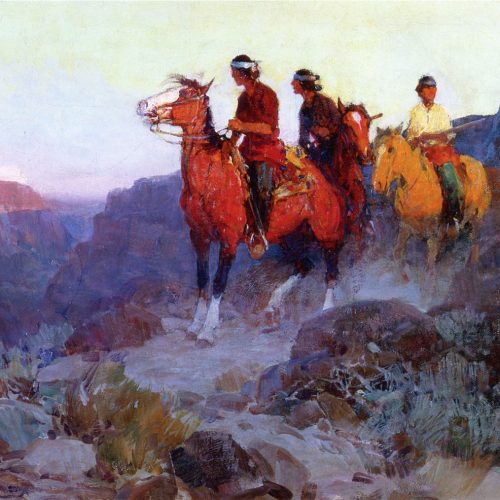 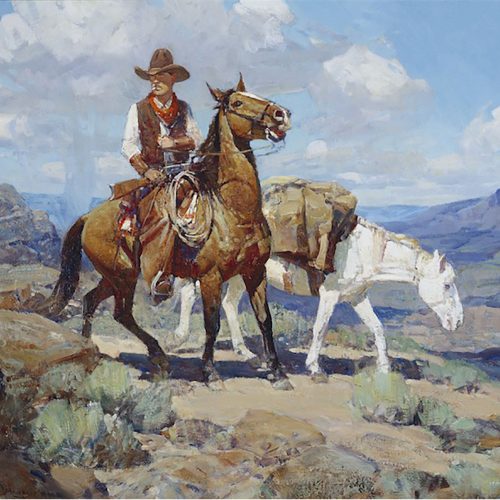