Allan Capron Houser was an Apache sculptor and painter and is recognized as one of the most prominent Southwestern artists of the twentieth century. Following a desire to commit his knowledge of tribal customs and stories to canvas, Houser applied and was granted admission to the studio program at the Santa Fe Indian School established by Dorothy Dunn. Within just a few years of graduating Houser was exhibiting nationally and producing large-scale commissions. Following his relocation to Los Angeles in 1942 and subsequent befriending of staff and students of the Pasadena Art Center, Houser became interested in the modernist sculpture of artists among the likes of Henry Moore, Isamu Noguchi, Barbara Hepworth and Constantin Brancusi. From that point on, Houser became committed to the advancement of Native American subject matter within the field of Modernist sculpture. In doing so, Houser sought to make “the Indian image more contemporary” and liberate it from the constraints of which it had been hitherto confined within the western cannon of art history. In addition to his notoriety as an artist, Houser was a renowned teacher and began the sculpture department at the Institute of American Indian Arts in Santa Fe, New Mexico.

During his lifetime Houser’s paintings and sculptures were exhibited widely. Amongst others, his paintings were presented by the Museum of New Mexico and the Art Institute of Chicago. In 1939, Houser was honored with the inclusion of his paintings in the New York World’s Fair. He was subsequently commissioned by the United States Department of the Interior to produce a mural for their Washington D.C. headquarters. For his work in the field of sculpture, Houser received a Guggenheim Fellowship in 1949, and became the first Native American to receive the National Medal of Arts in 1992. Allan Houser is featured in collections across the world, including the public collections of the Smithsonian Museum of American Art and the Centre Pompidou, as well as the private collection of the British royal family. 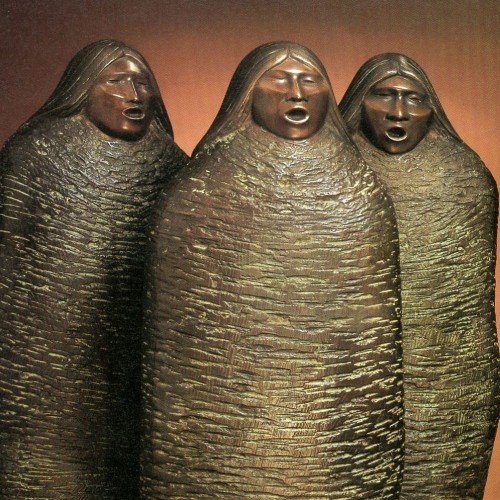 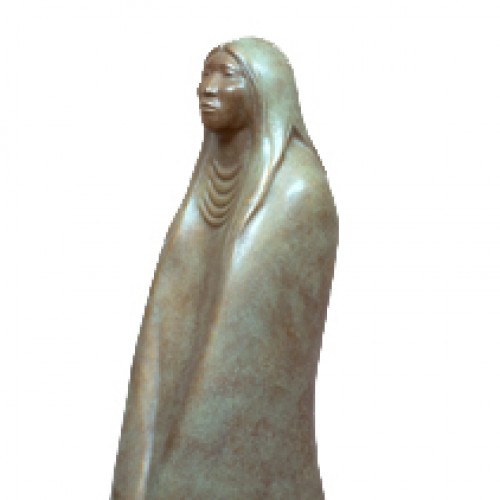